The audio paths used in openHPSDR architecture radios, as all the ANAN series radios are, may not be intuitive. It is important to remember that these are software defined radios. That means that, with the noteworthy exception of digital up and down conversion, nearly all radio signal processing functionality actually takes place in software, that means on your PC inside the (normally) PowerSDR mRX software application.

Not as simple as you though, eh?

Another excellent document to look at is the data sheet for the Texas Instruments TLV320AIC23B CODEC integrated circuit. If you review that, and also take a look a the various board schematics, you will see that the user interface in PowerSDR, both the main console and in Setup > Transmit, gives nearly direct control over the various settings of that CODEC. Unfortunately not all functions are made available, most notably sidetone, but they are in there if anyone ever decides to write the software/firmware necessary to exploit them. It should be noted that the choice of input resistors (the same in all ANAN series radios) on the mic input set the mic gain to approx. 3.5 (5.4dB). The data sheet, on Page 1-5, says that the mic bias voltage is 3/4 AVDD nominal. On the schematic, AVDD is 3.3VDC. So that would make the mic bias voltage approx. 2.5VDC, and this is delivered to the microphone via a 3.3K series resistor. 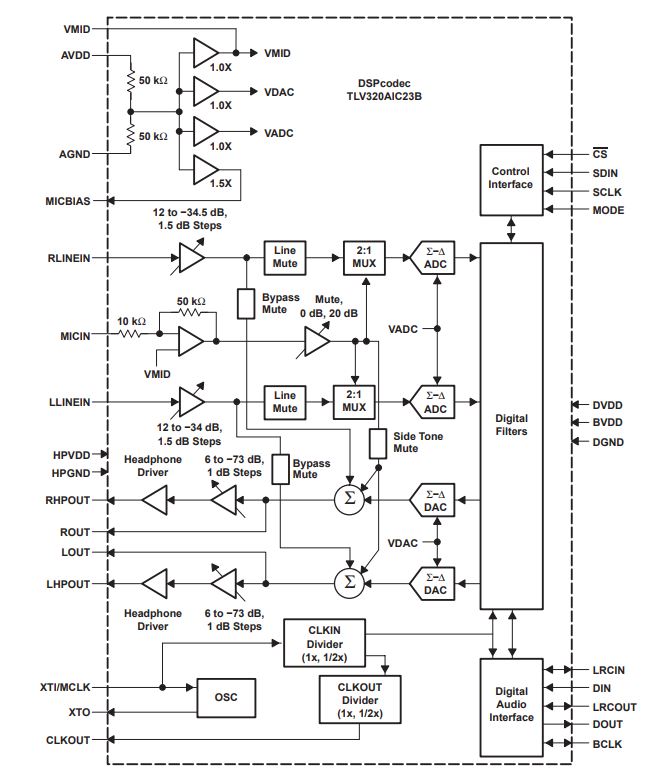